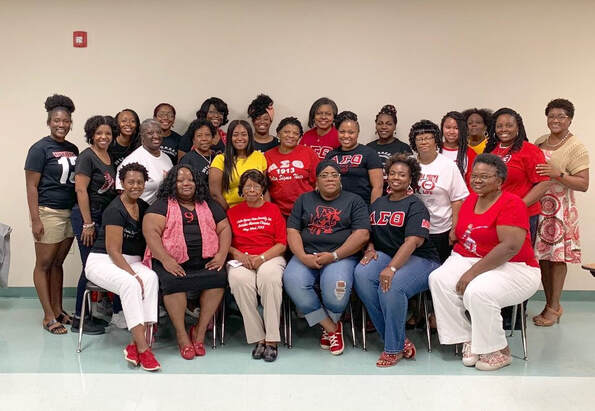 ​MEMBERSHIP SERVICES: RETREAT
The Membership Services Committee held their first full-day chapter retreat at the Friendship
Community Center in Oxford. The retreat was filled with many activities that allowed each soror
to participate. Such activities consisted of: Working in five teams, trying to put a puzzle together
that may have missing pieces. This activity allowed team members to communicate and also ask
other teams if they needed help in trying to put their puzzle together or if they were missing a
piece (in which that one missing piece, could have been taken by another team). The overall goal
was to have chapter members realize that no matter how far we are from one another,
communication is a must and we need one another in order to make things function properly.

“What can we do to move the chapter forward?” an open-discussion session which allowed
chapter members to create a unified vision for the chapter. Things to be done in the chapter to
help move it forward and become more visible in the community were:
1. Use the resources that we already have within the chapter
2. Become more committed
3. Reclaim inactive sorors
4. Be visible within all service areas
5. Use more social media and constantly update the website

A final activity that was done consisted of a showcase of proper attire for sorority meeting. This
showcase opened the door for a variety of opinions from the various age groups of chapter
members. Delta Dears and Divas believed members should be properly dressed as if they were
about to be interviewed for a job. This attire consisted of dress slacks, with a blouse, and wearing
a blazer; or wearing an all-black suit, whether it was a pant suit or skirt and suit jacket. However,
the Dolls felt that their attire for an interview would be a nice simple shirt and jeans, because
businesses are more laid back. But they did agree jeans are not proper attire for sorority meeting.

​Another topic of discussion about proper attire for the sorority dealt with shoes. Delta
Headquarters sent an email referencing that tennis shoes and open-toe sandals are now
considered to be proper attire for meetings, conferences, and conventions. However, as a chapter,
we are asking that sorors remain in business attire from head-to-toe.

​Overall, the chapter retreat was very informative, enlightening and productive. The members of
the Anniston Alumnae Chapter of Delta Sigma Theta is more than ready to take on the new tasks
that have been placed before us.
We all walked away with the realization that healthy dialogue is great. As individuals, we come from
many different backgrounds and some come through painful and difficult situations. We are intentional
about hearing every person that desires to speak and our "NO JUDGEMENT ZONE" gave us the
atmosphere to share while not allowing anyone to have any perceptions following the activity.
What is your Body Language Saying?
We are often unaware that our facial expression and body is speaking though we are not audibly
speaking.
What are your responses to these titles:We enlisted five volunteers to come forward and each took a piece of paper with the word on the paper
facedown. The volunteers did not know what was on the piece of paper. They each held the paper on
their forehead and walked through the crowd. The crowd could not talk or make any sounds but could
only make expressions as the volunteers worked through.

After each volunteer walked through, still unaware of who they were, talked about how they felt as they
walked through the crowd. Some said they felt like they had done something wrong, a bad person, some
felt rejected or dirty. Some felt great about themselves like they were somebody important or well-
loved.

It is important for us to realize that our facial expressions and body is speaking though we are not
verbally speaking. We are our Sisters Keeper and this means not judging anyone because we don't know
what someone has had to endure to be where they are or what they have gone through to make
through a day. 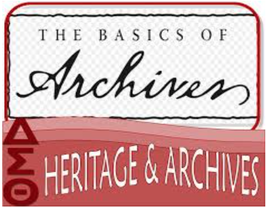 In order to preserve the Chapter’s rich history, and leave a tangible record of our legacy for future generations of our beloved sisterhood , it is imperative to maintain and archive records of events and activities.  We are committed to our task of collecting and organizing such records.

Why document?
Documenting is important to identify our history.  It helps us to remember who we are and where we’ve journeyed from. It also helps us to cultivate where we are headed.   How does this committee comply to this task?  In its most simplistic form, we gather photos, bulletins, programs, ticket stubs and newspapers clippings of our movement in the community.

Our organization derived from women with a purpose and social awareness.  From that viewpoint, we are leaving our memoirs.  Keeping that momentum, we have the same drive and stance on social inequality, injustice of women rights and political unfairness.

This committee has formed a heritage trivial section. This section is formulated from archived facts of our history. We hope you have tons of fun as we test our knowledge and reiterate what we’ve already learned.